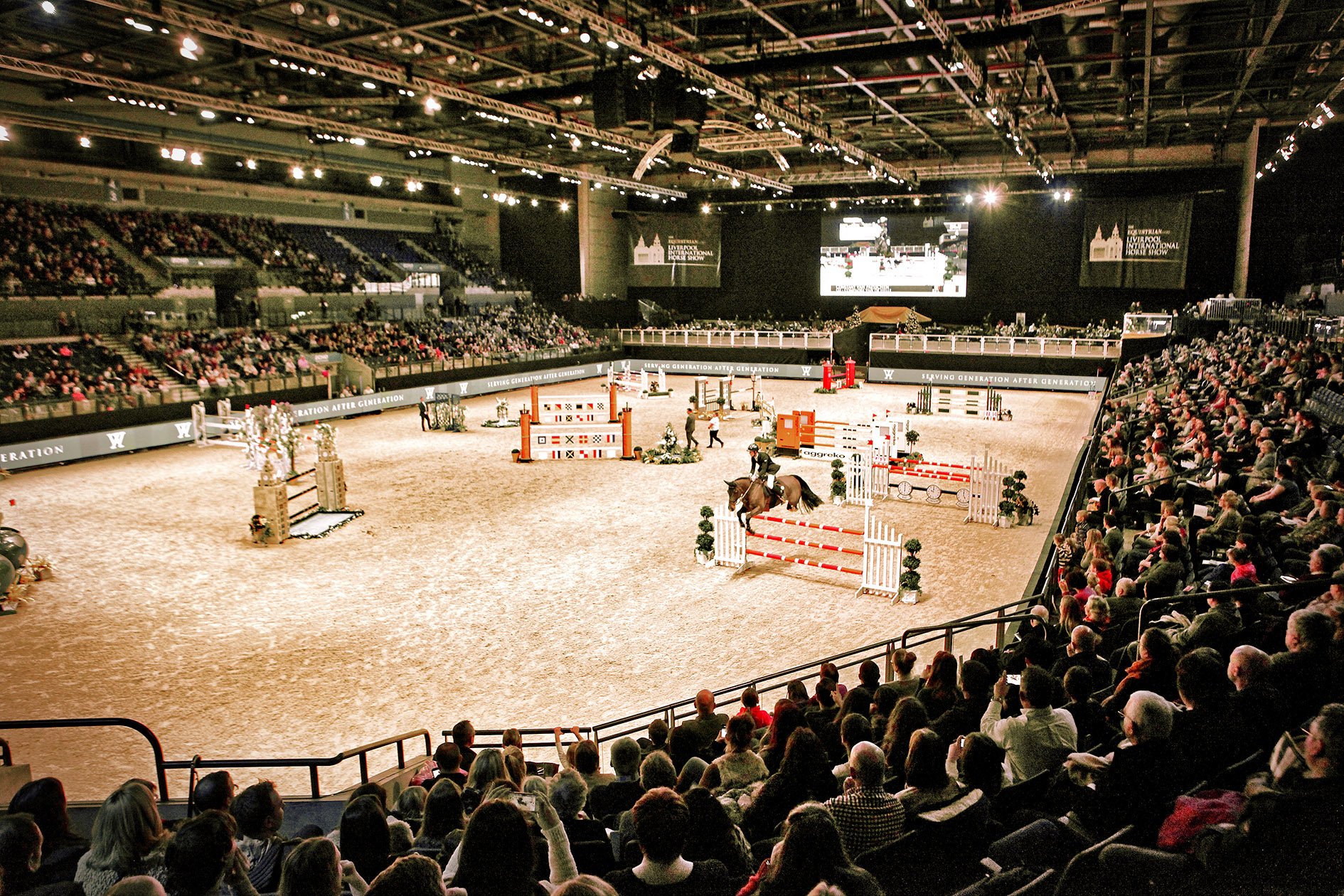 10 Reasons to fall in love with the Equestrian.com Liverpool Int. Horse Show

The city of Liverpool is welcoming back The Equestrian.com Liverpool International Horse Show to get the New Year started with an explosive schedule of entertainment and a captivating line-up of live music, equestrian action and daring extreme sports.

From 31st Dec – 2nd January 2017, Liverpool’s Echo Arena will again transform itself to host this incredible, adrenalin-filled family event that will bring together everything from luxury shopping to Shetland ponies and motocross to musical theatre over the New Year bank Holiday. You may think horse shows are not for you, but be prepared to surprise yourself and fall in love with Liverpool’s best New Year sporting family event. 10 reasons why you’ll fall in love with it..

1.    Swap Penalties for Ponies for the New Year Bank Holiday

Forget the football this year and invite the family to experience a whole new kind of sporting competition this January break. Top riders from around the globe will head to Liverpool over the New Year holiday as they compete with the best of their sport to gain points in the FEI rankings, crucial for selection for International competition and for a piece of the combined prize pot of €220.000. The sporting climax of the three day competition in the city will be Bank Holiday Monday’s Grand Prix final on 2nd January. The overall winner of this competition will walk away with €61,000 (approx £43,000) and will be presented with a much sought-after Liver Bird-shaped trophy.

2.    Britain’s Got Talent stars will open the show with a unique family friendly NYE Party

The world’s number one Musical Theatre boy band and the winners of Britain’s Got Talent series 8 will be performing at the thrilling New Year’s Eve party. The big bash for the whole family also includes more live music from the world’s best ABBA tribute band ‘Revival’, equestrian action and family fun with the Shetland Pony Grand National, the Black Fire Girls and plenty of extra surprises including daring acts and indoor fireworks. Bring the kids along and make it a night to remember or throw on a little black dress for a VIP treat for the grown-ups.

The world’s best riders will descend on the city of Liverpool to showcase their talents for the chance of walking away with the ultimate Grand Prix Liver Bird shaped trophy. Top riders include world-beating Scott Brash who will be taking much-loved horse Hello Forever to compete with the world’ best talent in the Arena.

Recent Olympic competitor John Whitaker, at 60 years of age will also be attending, he is one most famous names in British show jumping winning medals at the World and European Championships during the 1980s and 1990s and silver at the LA Olympics in 1984. Most recently he was competing at the Rio Olympics back in August as part of the British Show jumping team with horse Ornellaia.

Britain’s leading lady rider on the current British and world rankings lists, Laura Renwick, will also be heading North for the show. Laura has represented Great Britain at Nations Cup level and arrives at Liverpool after a year studded with Grand Prix successes. Mingling with the top riders of course will be the country’s best commentators and TV stars as well as talent from the world of football and horse-racing.

4.    Experience All Forms of Horsepower

The Arena will be alive with excitement as we change up the horsepower and invite a specialist team of racers and freestyle motocross riders from across Europe to perform thrilling live stunts and displays showcasing their incredible talents. This will be a first for the show and is set to wow the crowds in this explosive New Year show.

This spectacular 3 day high-energy show will light up the city skies and the inside of the iconic Arena this year, with the addition of indoor fireworks for New Year’s Eve  and spell-binding performances daily from pyrotechnic girl group The Black Fire Girls using fire swords, whips and dragon canes.  Brand new act ‘Chariots of Fire’ will also make their debut with four teams of 4 in hand carriage drivers, going head to head in a speed challenge around a set of ambitious obstacles, accumulating points in each session culminating in a gripping final on Sunday evening. 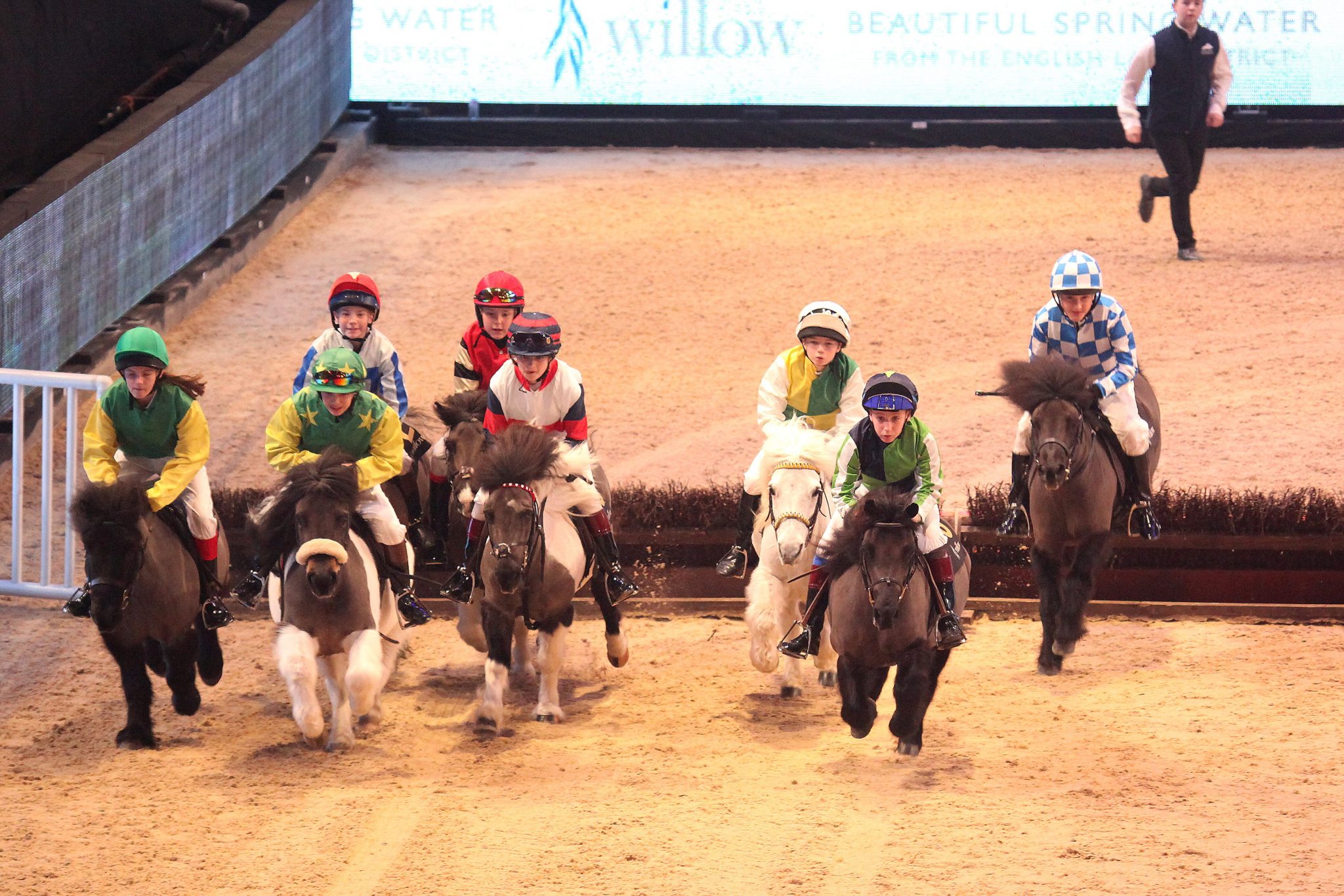 6.    Get Bet-Ready for the Grand National

7.    Jump for Joy at the Puissance Competition

The amazing Puissance is a highlight of the New Year’s Eve schedule, known as the ‘high jump’ of equestrian competition featuring the famous ‘big red wall’ it is designed to push horses and riders to their limits. The rules are that the first round starts with 4 fences including the wall, and knocking any of these down result in the horse & rider leaving the competition. From round 2 onwards, just one warm up fence and the wall are left. A layer is added to the wall after each round, and heights often exceed a staggering 7ft in the nail-biting final!

One of the fantastic feature classes for this year will be the very popular Mini Major, where up and coming future stars team up on their ponies with the professionals including several medal-winning Olympians in a Pairs Relay Competition in full fancy dress. Batman can be seen riding high with a team of superheroes as the pros jump the first half of the course helping their partner to take up the baton and finish the round.  Seconds are added for poles knocked down, and the fastest combined time wins. This class makes for wonderful family fun for all ages.

9.    Spray Champagne With the Stars

With explosive prize ceremonies, glamorous winners podiums and more than 3000 gallons of champagne flowing, visitors will be in the perfect place for a champagne showdown this New Year in Liverpool. Tickets for the VIP platform will make the perfect Christmas gift for loved ones, with a private shopping experience, champagne reception and a 3 course fine dining menu and a delicious afternoon tea included in the price. The raised balcony within the Arena has an unrivalled view of the sporting action and displays and provides the perfect opportunity to rub shoulders with attending celebrities and sports stars in the VIP area.

This year the show’s luxury shopping village will be bigger than ever, filled with a selection of branded clothing, cosmetics, accessories and delicious foodie gifts. Visitors will be able to pick up all of their New Year bargains in one place. January shoppers can spend their Christmas money with more than 60 retailers showcasing their New Year’s bargains whilst enjoying the warm ups and action in the ‘collecting ring’ positioned right next door.

Get your tickets today! Book now 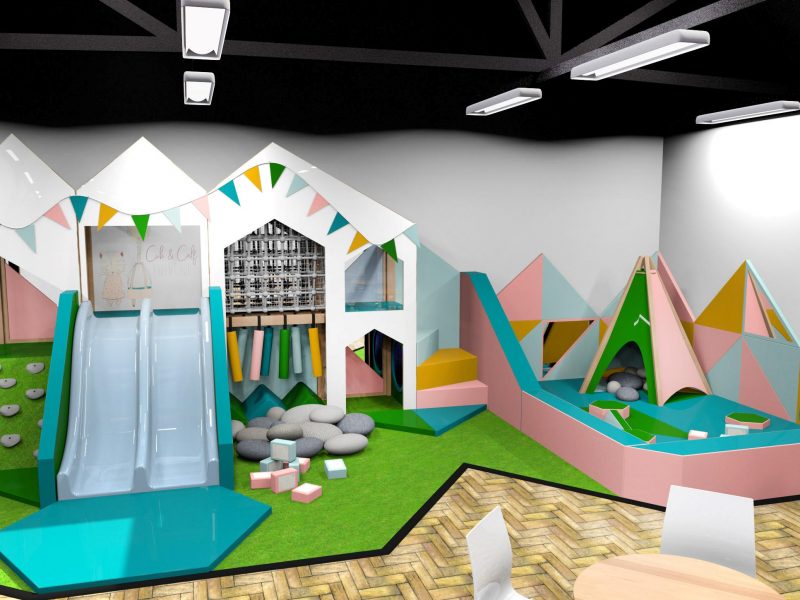