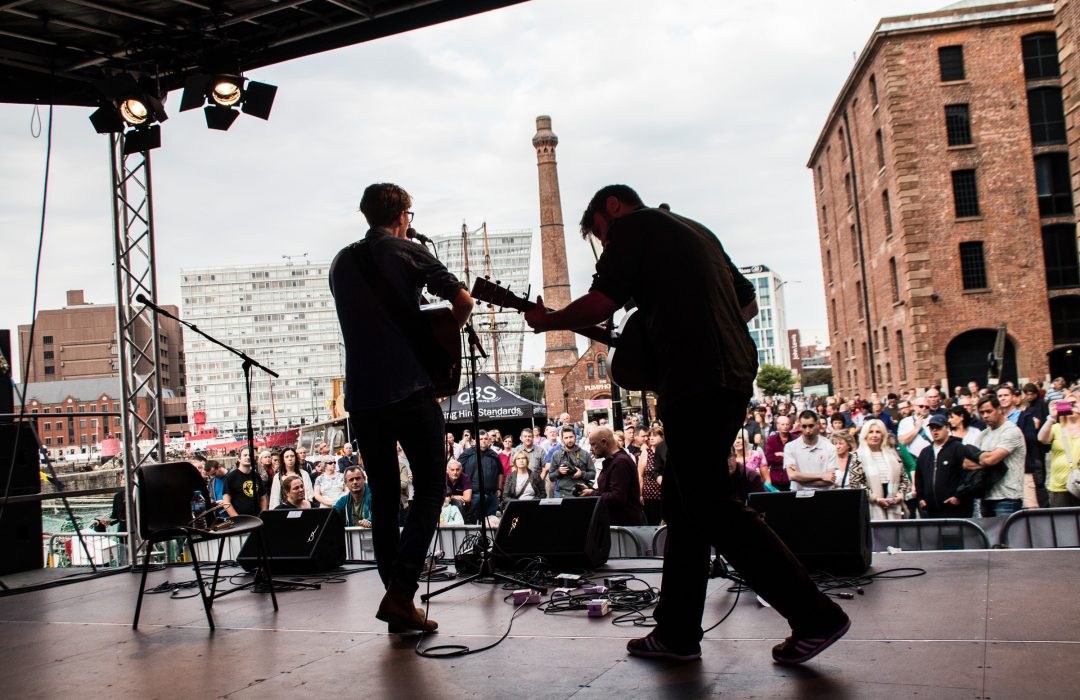 Over 200 folk, roots and acoustic performers – from across the UK and Europe – will converge on Albert Dock Liverpool over August Bank Holiday weekend for Folk on the Dock – a free, three-day live music festival on the city’s iconic waterfront.

Legendary radio presenter, Janice Long, will also be returning to host the Dock Stage, as well as introducing one new, up-and-coming act of her choice from LIPA (Liverpool Institute for Performing Arts), each day, as part of “Janice Long Presents…” Other acts to look out for include Two Ways Home, Pete Riley, Paul Walker & Karen Pfeiffer, Mondegreen, Hayley McKay, and Rob Lear.

The Shanty Stage, Merseyside Maritime Museum, Frances Hayhurst tugboat and The Baltic Fleet pub will host the popular Liverpool Sea Shanty Festival, that boasts an impressive line-up of international artists, including the 30-strong, all-female Gouda Viswjvenkoor choir from the Netherlands; Belgium duo, 2sheets2thewind; with 80 years of history behind them, Norwegian choir, Risor Shantykor; and local duo, Trim Rig & Doxy, who have curated the shanty programme.

The Stan Ambrose Stage (named in honour of the famed BBC Radio Merseyside presenter and Godfather of folk), will showcase the best of acoustic and emerging talent, with the likes of Dorothy Bird, Mike McDermott, Alex Early and Marc Vormawah taking the mic.

“It really is an incredible line-up, so if you love your music, get down to the Dock and see the summer out with great music on our world-famous waterfront… and bring the whole family along for the ride!”

Else where during Folk on the Dock, the Merseyrail Sound Station stage will present music from Limerance, Tori Cross, Jack McAllister, with more acts to be announced. And the Dock’s Revolucion de Cuba will have DJs, samba dancing and live music all weekend, including Mr. Wilson’s Second Liners – where New Orleans meets 90s club classics!

The Dock’s many bars, restaurants and attractions will of course be open during the festival, giving music-goers the opportunity to make a day – or a full weekend – of it!

Folk on the Dock, in association with The Liverpool Shanty Festival, is supported by Bido Lito!, Liverpool Acoustic, and Music Glue.