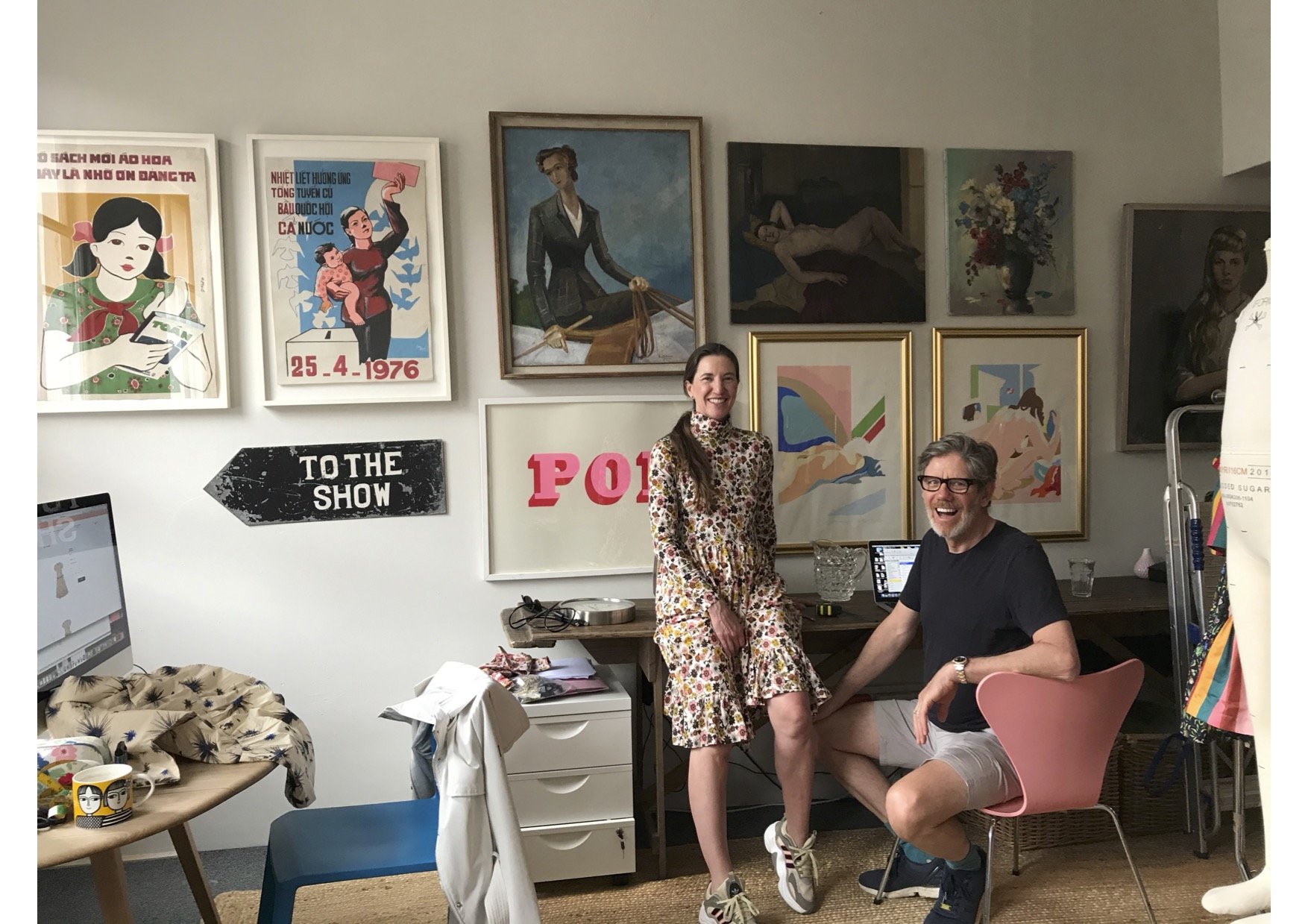 Behind The Brand : The Middle Daughter

Children’s fashion royalty and mum of two boys Deborah Medhurst tells ParentFolk’s Jade Wright why her new label, The Middle Daughter, is the girl she never had, and the one she will always be.

Children’s fashion design has come a long way in recent years, from small sections in boutiques to now commanding whole shops of its own.

It’s all in the details: from a pop of colour here to a fabulous frill there, a perfect combination of frippery and practicality is guaranteed to be a big hit with little fashionistas.

Leading the charge is Deborah Medhurst, who was the creative force behind cult kids’ label no added sugar for 17 years, and has now launched The Middle Daughter, a fashion-forward collection of gorgeous girls’ wear.

“I think parents are much more open minded and comfortable to be individual in dressing their children now, from when we first began in this industry,” she explains. “For many years at no added sugar we refrained from designing certain shapes and embellishments as the market was just not open to it.

“Now it is very different. Experimental styles or high fashion that one would associate with women’s fashion is very much available for kids.

“The mini-me or ‘twinning’ dressing trend we have seen is also rubber stamping the idea that kids can dress like mum. It certainly gives a designer more freedom, which is liberating.”

After developing the no added sugar brand, Deborah is relishing the opportunity to try something a bit more experimental.

“It’s an exciting opportunity to create something new,” she says. “The concept with The Middle Daughter is to offer a modern and edited wardrobe. The design aesthetic starts from a pared-back point of view. However the innate compulsion that I have to create pieces that draw attention is very much embedded in the brand’s DNA. Thus the collections aim to encompass the quietly beautiful with the stand-out. We hope to be a go-to for the modern girl.”

It is a labour of love for Deborah and partner Ric Ramswell.

“We fell into kids’ fashion by accident,” she recalls. “There was no master plan and although I have always been drawn to fashion, I certainly had no aspirations to be in the fashion industry.

“Ric and I met, instantly fell deeply in love, and together went on an amazing journey in creating a clubbing brand, Pushca, which we ran for ten years.

“It was after the birth of our first boy that I discovered that there was a distinct lack of witty pieces in the market for babies. Purely as a fun thing to do, I put together a small range of slogan T shirts and set off on appointments to my wish list of stores. Back then it was so much easier to get in front of the right buyers. Demand grew very quickly.

“The explosion of celebrities and their babies in the 90s really help to push forward the concept of dressing one’s children well, and thus created a new appetite for kids’ wear. It opened up the market for designer kids fashion and we saw established adult fashion brands reacting to this by introducing kids’ wear for the first time. The rise of kids’ fashion trade shows and kids’ publications followed and the market exploded.

“We reached a point where the slogan clothing business was almost taking care of itself and we made the conscious decision to move into full collections. Ric has a background in fashion design and I come from an interior design stable, but neither of us really were conversant as to how challenging and expensive it would be to produce full collections. But we did, learnt a good few hard lessons along the way and ultimately created a brand that was driven by passion.”

Now, living in Hampshire with Ric and their teenage sons Gabriel and Lucien, Deborah jokingly describes The Middle Daughter as “the girl we never had”.

“My approach to running a business has certainly shifted,” she says. “From running big teams, we are clear that is not where we want to go to again. We intend to steer this brand in a more gentle direction, to focus on offering a good product and good customer care and see where we land.”

If they could dress anyone in their latest designs, who would it be?

“We gave up having a television about 15 years ago, so I have to admit that I struggle to know who’s who in entertainment.

“But to answer your question, I’d probably say my younger self, and gift her the voluminous dresses.

“As I was one of three girls, my mother opted for efficiency, We all had very short hair cuts (interestingly we now all have long hair), and were dressed in the same styles of clothes, but different colours, often from M & S.

“My father was much more interested in clothes and so would sometimes take us shopping to bijou boutiques, which I loved. I can even recall now the feeling of wearing those particular clothes, how they felt special and exciting. I like to hope that some of the girls wearing our styles will have similar memories from them.”

It’s that special and exciting feeling that Deborah is looking to evoke with the brand’s new Autumn/Winter collection.

“There is a lot of volume in dresses and skirts, some stand-out party pieces with wonderful big puffy sleeves and our signature ‘D’ print jersey,” she says. “We design our own prints, which is a big part of what we do, and use these across various styles. We always love a stripe and these appear fairly prominently in multi-colours, as a collegiate style. The style is very much individual.”

It’s a style which has been picked up internationally, as well as in the UK.

“The Middle Daughter is very much a global brand and our international stockists out-weigh our UK stores, but we are very proud to be a stockist of Selfridges London and Kids Cavern in Liverpool.

“We see the buyers each season in Florence or Paris at the trade shows that we do. This season will be interesting for sure, with the absence of shows.”

It has been a tough summer for so many businesses, but it seems that in some ways it may have helped buyers reevaluate their spending habits, and choose more durable, one-off pieces rather than endless fast fashion.

“During the lockdown I read a report on the future of fashion which predicted that as we re-set our values and move away from the over-consumption and excess that has dominated many of our lives, fashion will respond by becoming much more pared back,” says Deborah. “It will be interesting to see if that is true.”

In many ways, Deborah is The Middle Daughter behind the brand.

“I am a middle daughter,” she laughs. “It wasn’t intended to be in recognition of that. It simply was always going to be called The ‘something’ Daughter. I like the clarity the name gives by using ‘daughter’, it’s a girlswear label.  It was only when I stopped thinking so hard about it that the ‘middle’ part presented itself. I like to think that it was always there, subconsciously.

“My feeling is that middle daughters, through their birth order, often have a unique spirit and energy and I like to hope that the brand will evoke this and attract similar.” 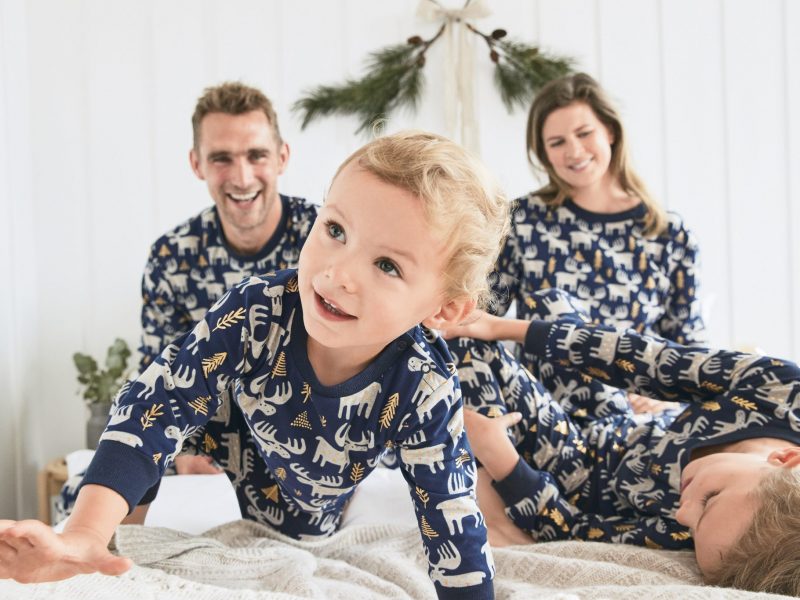 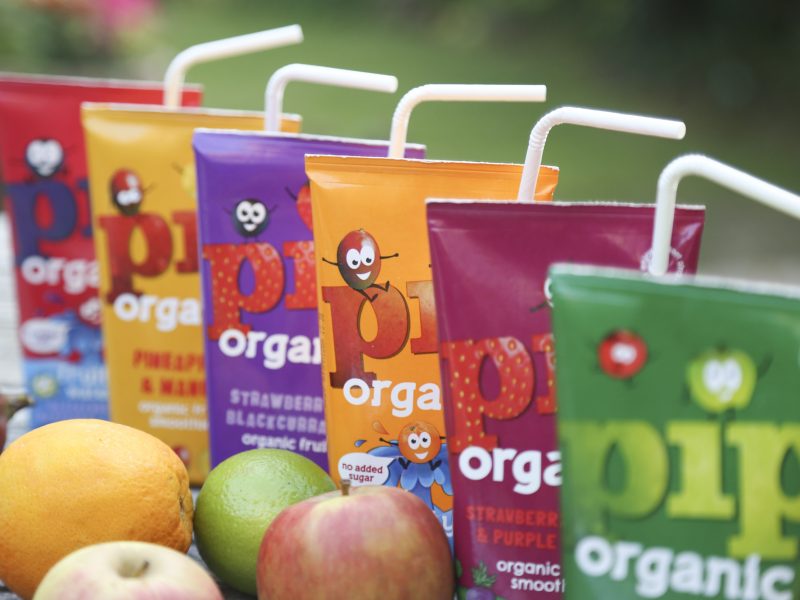 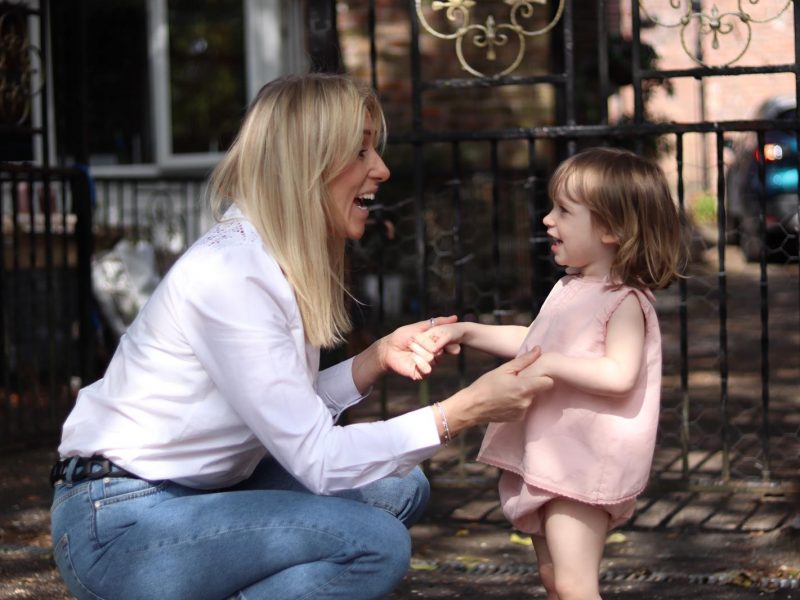