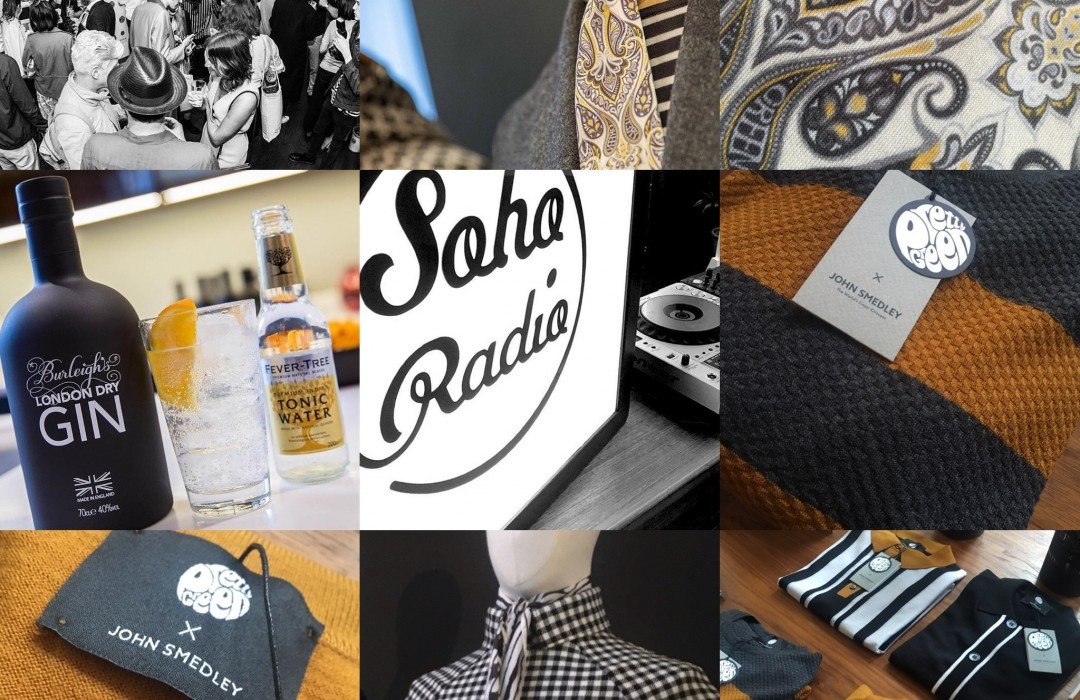 With a theme of ‘Best of British’ the SS17 Black Label collection encapsulated a uniquely British message. The static presentation showed pieces inspired by the psychedelic era of the late ’60’s, featured statement pieces symbolic of that time, blended with classic British style references. Outerwear and tailoring are crafted with British fabric mills including Abraham Moons and William Halstead.
The collection is influenced by the combination of “sharp mod” and “psychedelic ‘60s” styling, most famously adopted by British musician Brian Jones. Print clashes are offset with modern silhouettes and a muted colour palette of greys, creams with a highlight of inca gold.
They also showcased their exciting collaborations with British brands John Smedley and Christy’s of London; Pretty Green x John Smedley is a capsule collection of knitwear with key pieces include a knitted striped shirt and our signature paisley that has been digitally printed onto a soft cotton crew neck jumper.