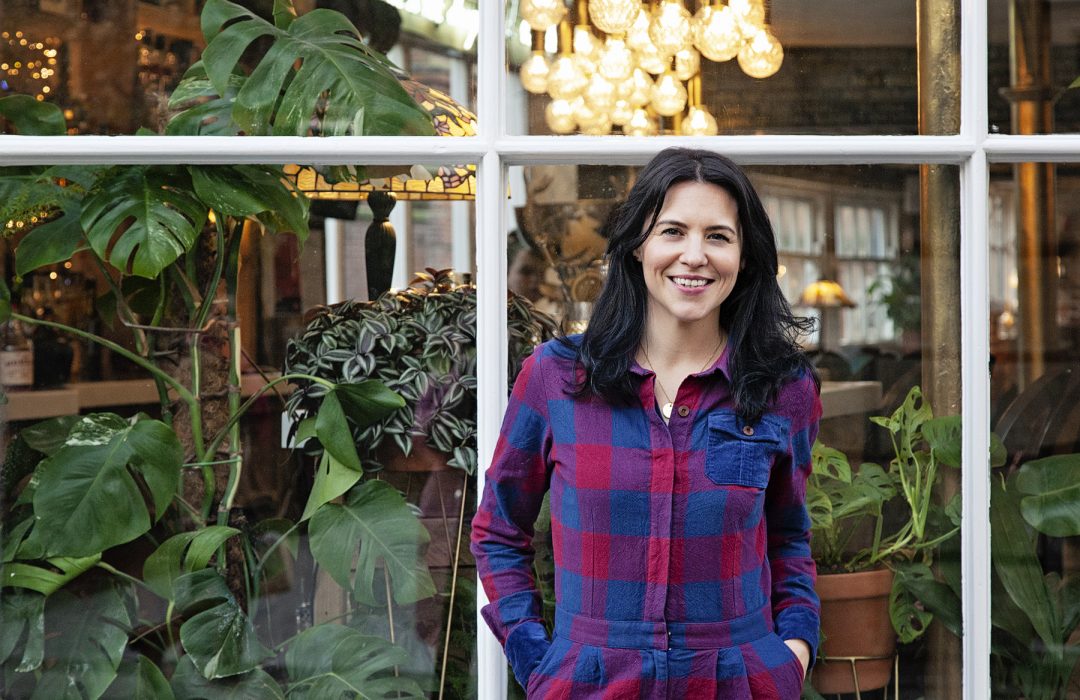 Behind the Brand: Don’t Buy Her Flowers

Author Editor
No Comments on Behind the Brand: Don’t Buy Her Flowers

On the eve of its fifth anniversary, founder Steph Douglas tells ParentFolk how she built her business from scratch and what she’s learnt along the way

How did the idea for Don’t Buy Her Flowers come about?

When I had my first baby I received eight beautiful and well-meant bouquets, and as I sat on the sofa feeling weepy and overwhelmed it struck me as bonkers that the go-to gift for new mums was another thing to care for, when you’re doing more caring than you’ve ever done in your life. When friends had babies I then would send them a magazine and some chocolate – nothing fancy, but something that was for them, along with a message telling them it would be ok and they were brilliant. Their response was always so emotional, far more than a couple of bits in a jiffy bag warranted, but it showed me that someone reaching out when you might be feeling rubbish meant a lot. We’ve now grown to cover lots of occasions, from new mums to get well and birthday and any occasion when someone needs some TLC.

How quickly did you go from the idea to starting the business?

I had the idea when Buster was born in 2010 and didn’t start the business until four years later! I think it’s important to stress, especially for people with small children, that there is no harm in going back to your old job and quietly plotting in the background. The security of a salary and also the familiar can feel really good when you’ve got small children and everything has been thrown up in the air a bit. A few years in, I just couldn’t shake the idea and simultaneously was thinking ‘how the hell is trekking in to London going to work when the kids start school’ and starting my own thing started to feel like it might be a better option. Starting a business felt so massive, so I actually launched a blog first, writing about motherhood and relationships. If people related to that, then I knew there was something in the idea. Posts started going viral and that gave me the confidence to quit my job.

Thinking back to those early days, what did you find the hardest thing about getting your business off the ground?

Feeling that there was SO much to do and I was so focused on all the things I hadn’t done yet, it was exhausting. I’ve learned that you’re never going to be ‘done’ in business so you’ve got to stop and reflect on what you have achieved or you’ll burn out.

Is the business you have today the same as the one you imagined you’d have at the start?

The core idea of thoughtful gifts is the same, and the whole team see that as our focus. Whether that’s in products that encourage the recipient to take a bit of time for themselves, our extra helpful customer services, the fact our packaging is recyclable – we’re very clear on who we are and how we want people to feel. The biggest difference is that we started out as gifts for new mums and now we cover so many occasions, and we’re really growing our Corporate & Workplace gifting offer, all with thoughtfulness at the centre.

What’s been the best piece of advice you’ve been given during your business journey?

Ben Jones, one of the founders of Graze.com, said ‘when you’re 70% sure of something, go for it’. A lot of us hold back waiting for things to be perfect, but it’s unlikely to be perfect at the beginning and I’ve found you learn a lot from getting things in front of customers. No successful brand ever started with their final product – you need to have somewhere to take your product or service.

You’ve now got a team working for you – what’s the best and worst thing about having staff?

I love that there are other people responsible for getting things done as it was all on me for those early years and it’s a lot of plates to spin. The worst is probably just the responsibility I feel – it’s not just bad for me if it doesn’t work out now, people have left jobs to work with us and they have bills to pay! But we’ve nearly five years of growing month on month so I just need to remind myself that everything is looking really good. We’re entering a really exciting phase.

How do you manage the parenting/ work juggle?

Hmmm… some weeks I feel like I’m doing brilliantly and others everyone is crying, nothing is getting done and the milk has gone off! It’s hard and no one has it down, even if they look like they have. My youngest seems to catch at least one bug a month and be off nursery, which throws everything up in the air, but the thing I seem to be getting better at (some of the time!) is taking a deep breath and accepting it. Having a young family and working is hard. But it’s even harder if you spend the little energy you do have beating yourself up for not doing it well.

What advice would you give to someone who’s wanting to start their own business?

Stay focused and don’t worry about what anyone else is doing. It’s wasted energy that you can be pouring in to pushing along your own path. And don’t try and do everything you did before and run a business on top – getting something off the ground is hard work and you might need to sack off your social life, lower standards at home and eat cereal for tea and that is all ok.

What have been the best resources for you on your business journey?

I really enjoy business podcasts – How I Built This, Conversations of Inspiration with Holly Tucker and Rethinking Business with Piers Linney. Hearing people talk about the early years is always a reminder that no one just rocks up with a multi-million pound business in a few months! It’s great to learn from other people too.

What does the future hold for DBHF?  Where will you be in another five years?

We’re in a really exciting period of growth – in terms of the size of the business, a new bigger warehouse and building a team – so I feel like we’re just hitting our stride! The thing with Don’t Buy Her Flowers is that there is so much potential – so many ideas I’ve got but not had time to fully explore, customers such as corporate that we know are interested because they’ve come to us but we’ve not promoted to. Having a team means we’re starting to tackle all that, as well as improve our service, from packaging to delivery times, so it’s only going to get better!