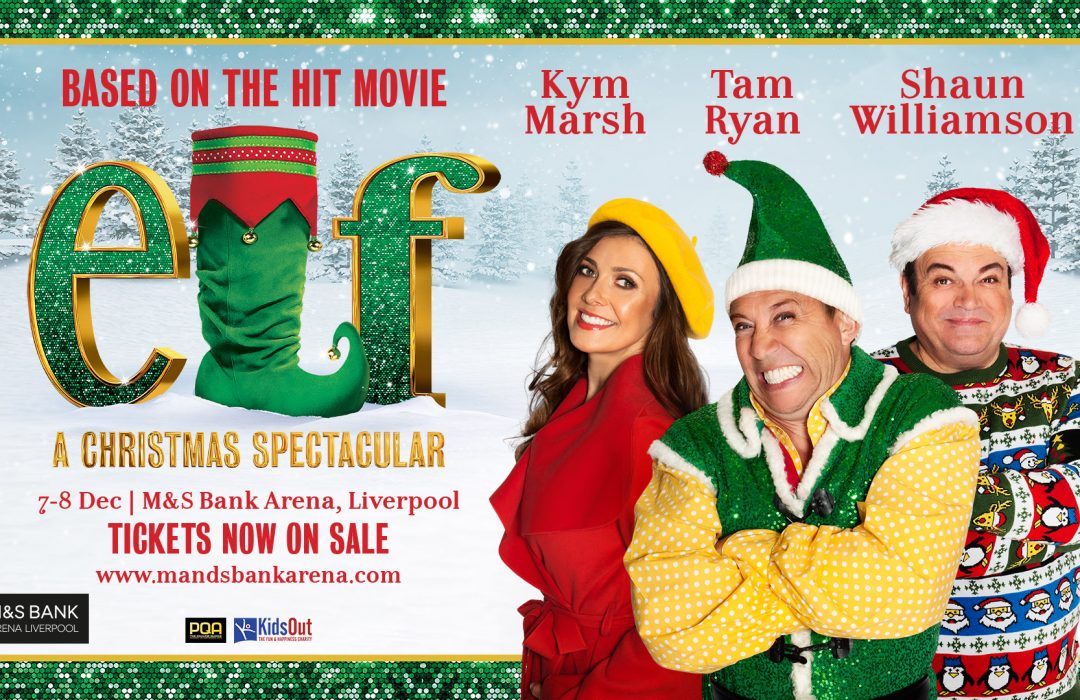 Yesterday we had the pleasure of spending the day in the company of some pretty epic Mama’s for our annual jingle and mingle Christmas Lunch at the Pullman Hotel, Liverpool.

After the crackers had been pulled and the turkey devoured, we headed next door to the M&S Bank Arena to see ‘Buddy The Elf, a Christmas Spectacular’ – and spectacular is what it was.

The brilliant choreography and curation saw this much loved Christmas movie brought to the arena in a panto meets musical style show, and it didn’t disappoint.

A 30 ft Christmas tree navigated its way through the arena, there were stunts and circus style performances, plus plenty of singing and dancing and more importantly – a huge sprinkling off festive feel good!

The Broadway musical, based on the hit Will Ferrell movie, is the heart-warming story of how human Buddy, raised by Santa’s elves at the North Pole, travels to New York to find his real father, falls in love and brings Christmas happiness to everyone.

This unique production has three stages, so you are always close to the action, there’s a flying sleigh, and high-octane stunts. In case you miss anything, there are enormous TV screens relaying the action that also show amazing CGI scenery. The show was a massive hit with our visiting Mama’s and their littlefolk and we can’t recommend highly enough!

The best way to spread Christmas cheer is singing loud for all to hear! Elf: A Christmas Spectacular is festive fun for all the family. There’s a perfomance on Sunday 8th December at M&S Bank Arena at 1pm click here to book your tickets