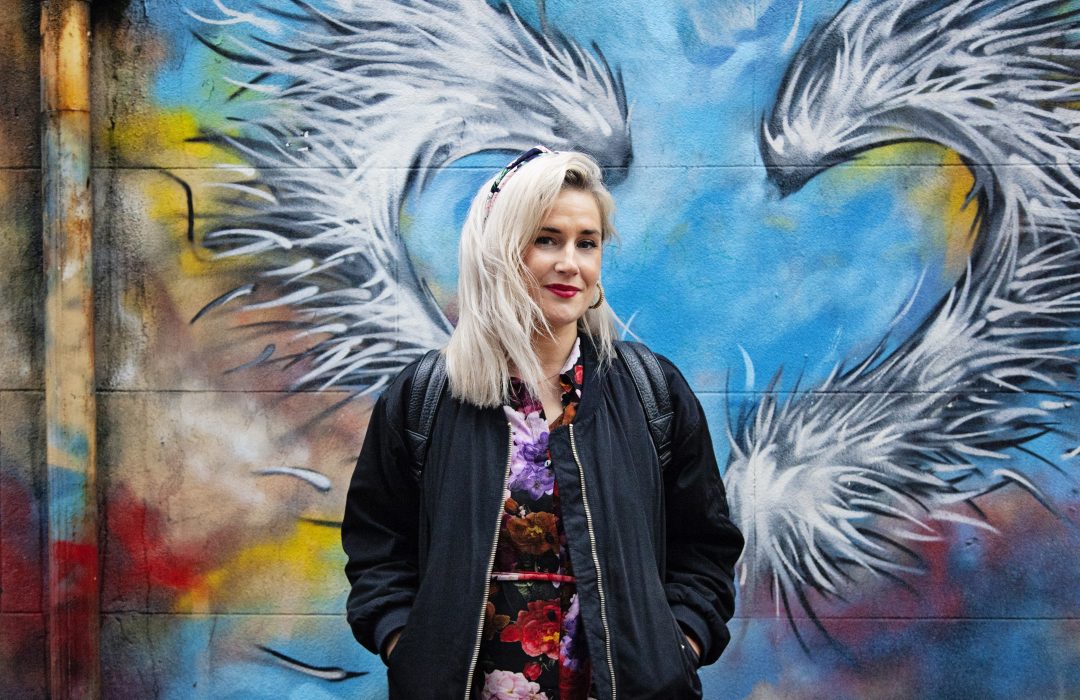 The mother with Flex Appeal

Author Editor
No Comments on The mother with Flex Appeal

What is Flex Appeal?

According to the Equality and Human Rights Commission flexible working is the ‘primary way’ to close the Gender Pay Gap. According to McKinsey flexible working is set to help boost to UK economy by £148 million by 2030. According to Regus who commissioned a survey around commuter times, flexible working can help reduce carbon dioxide by 7.8 million tonnes by 2030. According to the NHS there are fewer deaths on wards that work flexibly. According to my Dad – one of the hardest working men I know – it was important to be there at the school gates at 3.15pm. It’s not just a ‘bonus ball’ (which current legislation sets it up as), it’s not just a nice-to-have, it’s a fundamental shift in the way we work. It’s a fundamental shift in a working world that was founded in the Industrial Revolution and simply doesn’t work in 2019. It’s about getting more out of people not less.

And how far do you think we’ve come?  What changes can you see?

Helen Whately MP managed to get a 10-minute bill (to set flexible working as default) into Parliament. That’s progress from the day I quit my job because I couldn’t see a way through the inflexibility.

What are you own personal experiences?

I was originally on a path to being a lawyer. I did my mini pupillage at Devereux Chambers but the optics weren’t right; I couldn’t see many women at the top and it seemed like you needed a special handshake (or not to be a woman) to make it in our justice system. So I went down a different path of asking questions as a journalist instead of accepting what was presented. I started as a junior reporter on the salubrious Practical Caravan magazine. It took a good decade to get from product reviews of tow bars to questioning the government on its lacklustre approach to closing the Gender Pay Gap and supporting effective flexible working.

You’ve got your whole family involved in the campaign, how do they support you? And how do you find working with your family?

It’s messy, stressy and incredibly loving – something I know is a huge privilege. My Dad came from nothing, left home at 16, lost his Dad at 17 and vowed to make his own family feel more secure and able to do what they want in life. I’d say he’s achieved that.

Which companies would you give a gold star to?  Who’s actually putting their words into action rather than playing lip service?

Birmingham Women’s NHS Foundation Trust trialled ward-led rostering and the biggest breakthrough was a problem for the matron turning into a solution. Her nurses would text to say, “I’ve switched my shift with X, just letting you know” instead of “can I switch my shift with X?” There are many examples, case studies, facts and figures but this struck me as such a simple win for an employer. In a world that is already under resourced, flexible working – specifically empowering your employees to work around each other’s personal needs – offered a cost-effective solution.

And who needs to try harder?

There’s room for improvement across the board. No company has implemented flexible working effectively. Gender Pay Gaps are still gaping holes of inequality. It is happening organically in some places but there is a lot further to go.

Were you a born campaigner or did it just evolve this way?

I was angry about a system that wasn’t set up for those with caring responsibilities, those with anxiety, those living with disabilities or those simply wanting to live. I never started as a campaigner, I don’t see myself as a campaigner, I’m just really hacked off with a working world that’s broken. And I’m not afraid of saying that, I suppose.


What more is there to do?

I want to continue carving my path as a journalist and broadcaster while attempting to change the world for my two girls so they don’t hit the same brick wall I did as soon as I needed a hint of flexibility. The next phase of Flex Appeal has just launched and is focused on the human side of business. How to open up employers’ eyes to working in a more human/ humane way. It’s about putting humans above business but for business benefit. There is a huge amount left to do.

How can people get involved?  What resources are there to help people who feel like they’re too far removed/ can’t change mind-set etc?

My main piece of advice is to be transparent. To be transparent from the start. To follow Deloitte’s example and have case studies on your website of different types of flexibility across the company so prospective employees can go into an interview armed with examples of where flexibility is working. Be open to creative flexibility and don’t be afraid of opening the floodgates to anyone – not solely parents – seeking flexibility. People are drowning behind those floodgates and that’s ultimately not good for business.

What advice do you have for people who want to approach their workplace? I don’t usually give advice because I’m a journalist not a flexible working expert but these are a few things that seem to be working from people I hear from on a daily basis:

1/ Counterbalance employer cynicism with a trial period of flex. Hold the hand of your employer and prove flexible working works by measuring productivity over that period. You can’t argue with facts.

2/ In the face of a blanket ‘no’ don’t immediately quit. Form a flexible working group (ensure it’s for everyone and not solely a women’s network) internally to discuss issues and open the company up to good practice across your industry in a non-confrontational way. The aim is to get them listening. Two employees at HSBC have recently done this and have launched an internal podcast that opens up the discussion further. We are in a period of transition and everyone has the ability to start a conversation around the link between effective flexible working, closing the Gender Pay Gap and recruiting and retaining a truly inclusive and diverse workforce. I recognise this is yet another ‘thing to do’ but the value in pushing the agenda internally means companies can’t take a head-in-the-sand approach so easily. It might not impact you immediately, but it will those after you and in the future your own children.

3/ Remember Flex works both ways. It has to be a two-way process. Ultimately it has to be about productivity and focusing on the business benefits. It won’t work going in with a list of demands, always have the business at the centre of negotiations. A happier, healthier workforce is a more productive workforce. Flexibility is good for business.

Have you got any positive examples of stories you’ve heard/ case studies where Flex Appeal has made a tangible difference?

Flex Appeal is about empowering employees to ask for flexible working and opening employer’s minds to accepting. In the latest government consultation we drove 2,800 people to partake – the results of which will implement change in places where employers can’t ignore it. It’s about evolution not a revolution. I hear from people every day how they never would have asked – and got flexible working – without Flex Appeal.

You seem to have evolved over the past few years, was that a conscious decision or did it happen naturally?

I think we all evolve but I started to become more frustrated with companies dragging their feet in regards to flexible working. Maybe that’s come across. Maybe that’s how I’ve evolved.


How important is social media for your campaigning?  What’s the most impactful thing you’ve done so far?

It’s essential. We secured 2,800 people for the latest government consultation. We can affect change en masse at the click of a button.

It’s brilliant. We’ve been given the freedom to speak about matters that, well, matter. We’ve talked maternity discrimination. We’ve talked Gender Pay Gaps, shared parental leave and had a proper laugh along the way. Getting a serious message across can be done through laughter.


How do you switch off?  It must feel like you’ve got the weight of the world on your shoulders at some point

I am currently in a world of over-productivity. I’m unable to switch off. BP faced a similar situation when they made one of their trading departments entirely flexible. The issue wasn’t employees doing too little (productivity was up 32%). The issue was over-productivity and burning out. The conversation needs to move from ‘should we implement flexible working?’ To ‘how do we stop people overworking once the 9-5 is dismantled’. In terms of juggling, I’m still struggling but learning day-by-day how to raise barriers.

Anna Whitehouse aka Mother Pukka is the force behind Flex Appeal, campaigning for flexible working for all @mother_pukka